The World of Tomorrow

Science fiction films at the cinema

Whether it's the looming threat of a nuclear apocalypse, an encroaching discomfort with automation in the workplace, or the ages-old desire to see what's just beyond that next hill (or star system), science fiction plays with the possibilities of what we can accomplish - looking at the positives and negatives with the knowledge that, no matter what we create, no matter what we destroy, we will always and forever be as we were millennia ago, discovering the power of a femur against a tapir skull.

Science fiction, in the form of space adventure, comic book action heroes, or technological horrors, has grown more and more into the mainstream over the past decades. As our world grows beyond what previous generations dreamt of, we find ourselves looking forward while also looking back, trying to find the balance between our grandparents' love of jetpacks and food in a pill form to the handheld communicators we stick in our synthetic fabric pockets.

This mainstreaming of science fiction is most obvious in cinema. All one needs to do is look at the top-grossing films of all time: 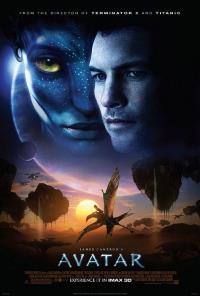 And if you were to continue further, you would see giant robots fighting an unending battle, a billionaire working with technology beyond our current level to fight crime, dinosaurs reborn using the latest genetic manipulation, and trade disagreements between alien worlds.

The Broadway, based in Nottingham, UK, was founded 25 years ago to be a place where local people could discover the arts. As the original purpose statement said:

To advance education by the provision of facilities and services in the media of the arts, communications and new technology.

As part of Hack24, the Broadway released some of their data from the past 25 years - listing the films they had shown, including the number of showings and admissions.

And through this data, you can see the slow progression of science fiction into the arthouse environment, through independent films as well as introducing mainstream films to the cinema. By showing a wider range of films, the Broadway has increased its representation of the general public.

We are science fiction. And, over the years, we have grown to love it more.

Many of the records from the Broadway's earlier years are purely in paper format. A few scanned documents are available, including the record of films, showtimes, and admissions from 1993.

In 1993, the cinema had two theatres, seating roughly 350 and 150 each. Out of approximately 300 films shown that year, only 8 could be classified as science fiction. 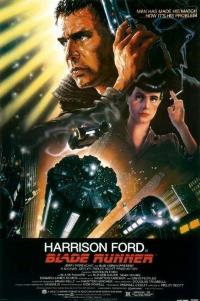 Out of the eight shown, only two were also released that year - Acción Mutante, a Spanish-language film about a post-apocalyptic world where good-looking people rule and a terrorist group of disabled people take arms against their oppressors, and Blade Runner: The Director's Cut, a re-release of the classic 1982 cyberpunk android thriller, re-cut and remastered by its director, Ridley Scott.

The other films vary in content, from Japanese body horror, to New Wave arthouse aliens, to French post-apocalyptic quirkiness and cannibalism, to two wildly different American films about robots that just need to learn how to love. Most were shown only one, with Blade Runner: The Director's Cut having the most showings and highest viewers. 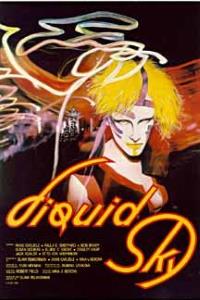 While this was an exciting time for independent cinema - with the Broadway not only showing Como Agua Para Chocolate, Naked, Baraka, and Malcolm X, but also introducing the UK to Reservoir Dogs - it seems that the popular science fiction of the time - in particular, the wild popularity of Jurassic Park - went unnoticed.

Thirteen years later, the Broadway had been massively refurbished, with two additional theatres added, adding roughly 200 more seats, and a new computerised booking system that easily exported out into a CSV. With more seating and two new theatres, the range of films that could be shown expanded, with, naturally, more science fiction appearing.

However, even as the number of science fiction films released increased, the Broadway stayed within a particular set - foreign language, former "arthouse" directors, and known classics.

In 2007, while they did have viewings of Spiderman 3, Fantastic Four: The Rise of the Silver Surfer, and Meet The Robinsons, these were single-day showings, while The Host, a Korean monster movie, and Sunshine, a hard science fiction thriller directed by Danny Boyle, had multiple showings. 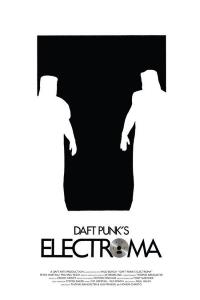 Naturally, as the range of science fiction expanded, so did the offerings available at the Broadway. 32 science fiction films were released in 2008, and the Broadway expanded into more mainstream offerings, such as Indiana Jones and the Kingdom of the Crystal Skull, Iron Man, The Dark Knight, and WALL-E. This broadened the potential audience of the Broadway, while also still providing the opportunity to show smaller known foreign-language films, such as I'm A Cyborg But That's OK and The Girl Who Leapt Through Time. 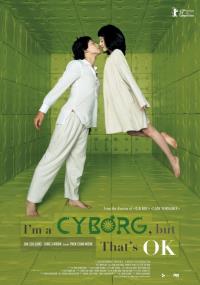 While 2007 did have UK independent film maker Danny Boyle trying his hand at science fiction with Sunshine, 2008 seemed to be when "indie" directors tried their hand at science fiction films. Christopher Nolan was no stranger to science fiction, having previously released The Prestige, but The Dark Knight continued his dabbling with the immense audience built through decades of a man dressed as a bat. And Jon Favreau, previously praised for Swingers, translated that same devil-may-care attitude easily to Tony Stark.

If 2008 had been the opening of the door, 2009 threw it open. The Broadway showed 21 science fiction films this year, including the three main blockbusters - Watchmen, Transformers: Age of the Fallen, and Star Trek. With shining surfaces, slow-motion moves, and skin-tight costumes, it seemed as though science fiction had found a home in the Broadway, giving the audience the blockbusters they wanted to see, but also keeping a home for the smaller films.

Two newcomers to film directing launched their careers in 2009. Duncan Jones' Moon introduced audiences to the dilemmas of hiring staff for the long haul, and Neill Blomkamp followed in the footsteps of many science fiction greats by taking the modern inequalities in his world and portraying them through human and alien interactions through the lens of South Africa. 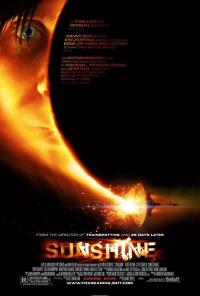 The Delights of My Movie 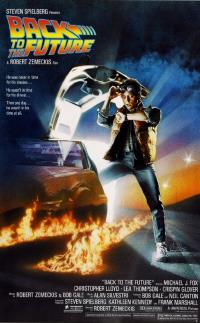 This opens up even more opportunities for the Broadway to show science fiction, as proven by the wide range of films that appear. From repeat viewings of Back to the Future to a gentle afternoon viewing of Somewhere in Time, My Movie shows what people want to see.

Known Back to the Future Showings:

We need to go deeper

Much like The Handmaid's Tale was in the 80s, The Road took the literary world by storm with its science fiction roots masked with the respectable veneer of literature. The film of the novel was no different, and brought in many viewers who would have not otherwise been interested had it been called Nuclear Cannibals.

While The Road simply polished up certain tropes, Inception broke them apart, with Christopher Nolan building an intricate and stylish universe as flimsy and fragile as the dreams the characters were entering. Children's films made more of a presence, with Despicable Me taking over most of October, and the beautiful silent classic Metropolis brought science fiction back to its roots while TRON: Legacy reminded everyone how sexy computers could be.

Being focused on the arts means that there are more opportunities for the directors to get involved in the viewings, as shown this year by Gareth Edwards introducing and talking about Monsters, a surprisingly low-budget alien invasion film. 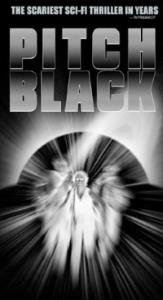 Find the movie you're looking for on Archive.org

The Internet Archive is a not-for-profit archive filled with millions of free movies, software, books, and more. It focuses primarily on public domain/out-of-copyright media, and has a number of classic films that are now out of copyright and available for you to download and view absolutely free.

Although there were major blockbusters in 2011, such as Captain America: The First Avenger, Transformers: Dark of the Moon, Rise of the Planet of the Apes, X-Men: First Class, and Thor, there was more than enough science fiction created by stalwart art house directors and writers to justify leaving the blockbusters to the multiplexes.

Never Let Me Go was Mark Romanek's adaptation of the Kazuro Ishiguro novel about cloning, and Source Code was Duncan Jones' second film, this time focusing on time travel. But it was Lars Van Trier's Melancholia and Gregg Araki's Kaboom that showed what could happen when well-known art house directors decide to do science fiction - stories that take the well-tread trope of the world ending, and create something new and unique from it.

While other directors were coming into science fiction from different backgrounds, the directors born and raised as fans of the genre managed to evolve and expand the boundaries of what science fiction could provide. J.J. Abrams wrote a love letter to the Spielberg-tinted 1970s with Super 8, and Joe Cornish brought in sharp social commentary with wry humour and terrifying effects in Attack the Block. 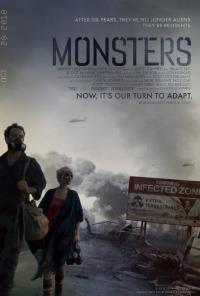 The Spooky Future with Mayhem

The annual Mayhem Film Festival brings horror, genre, and science fiction to the Broadway every year, including special screenings, premieres, and guests introducing and answering questions about films. From Gareth Edwards talking about Monsters to Robin Hardy introducing The Wicker Tree, the Mayhem Film Festival brings unique and original horror to Nottingham - many with a science fiction bent.

While other films did come out in 2012, it was truly the year for the Avengers. Or, as it was in the UK, Marvel's Avengers Assemble. The Broadway showed it once, but still had plenty of science fiction to fill up the rest of the year.

Prometheus was Ridley Scott's long-awaited addition to the Alien mythos, and The Dark Knight Rises was Christopher Nolan's completion of his Batman trilogy. Looper gave Rian Johnson's unique view on time travel, and Frankenweenie made Frankenstein understandable for all ages.

But with a showing of Jurassic Park with an illustrated talk, and showing Santa Claus Conquers the Martians at the start of December, the Broadway didn't let blockbusters get in the way of quality and informative entertainment. 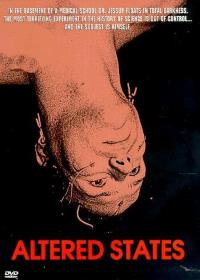 All movies are enjoyable movies

People might call a certain movie a "bad movie", but that doesn't mean it isn't watchable.

Man of steel, man of iron

The blockbusters returned in 2013, including Man of Steel, Star Trek Into Darkness, Iron Man 3, and Despicable Me 2. But there was always room for innovative and unique filmmaking, including Neill Blomkamp's second feature, Elysium, Shane Carruth's Upstream Colour, and the final piece of Edgar Wright's Cornetto Trilogy, The World's End.

But the real powerhouse of the year was Alfonso Cuarón's Gravity, a dizzying and extravagant exploration of space. 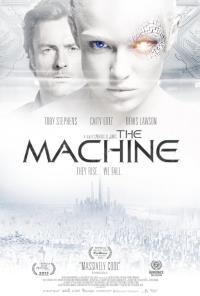 2014 brought The Created Woman, a joint project between Film Hub Central East, BFI, and the Mayhem Film Festival, focusing on the building, reforming, and creation of "the perfect woman". Including films such as Metropolis, The Stepford Wives, and Cherry 2000, it brought together horror, science fiction, and discussions about society.

Her, Under the Skin, and The Double brought directors as diverse as Spike Jonze, Jonathan Glazer, and Richard Ayoade into science fiction, while Christopher Nolan discarded the remains of his batsuit for a spacesuit with Interstellar, a movie that was stunning, both in the hyperbolic and literal meanings of the word. And when contrasted with the re-release of Stanley Kubrick's 2001: A Space Odyssey, Interstellar showed that we had not travelled as far as we had hoped when it came to space travel - not even in a fictional sense.

The year of the robot

So what does the near future hold for us? It looks as though 2015 is the year of the robot, with Ex Machina and Big Hero 6 portraying two very different futures - where sentience will result in betrayal or altruism. And with the re-release of Blade Runner, the question is raised again - do androids dream of electric sheep?